As a classically and jazz-trained percussionist with a Doctorate degree in percussion performance, I have spent thousands of hours participating in or observing high school concert band rehearsals–some very good and others less-than-ideal.

So, what elements do-or-do-not make for a stimulating and musically challenging symphonic concert band rehearsal?  Here are some of the most pertinent issues that most directly affects the outcome of a productive rehearsal:

Conduct yourself Properly- Posters for the Band Room

It all begins with the band director.  During my high school band years in Oshkosh, Wisconsin, I had the great fortune of working with the esteemed conductor, Dr. James Croft.  Throughout his tenure teaching high school band for 20 + years in Wisconsin and subsequent years as the principal wind ensemble conductor at Florida State University in Tallahassee, Florida, Dr. Croft became one of the world’s pre-eminent symphonic wind ensemble conductors.

Dare I say that it was an honor and a privilege to have been trained by this great musician during my formative years–emphatically, yes!

Dr. Croft was the epitome and embodiment of musical excellence.  Not only was he a great musician, but he possessed that rare trait of inspiring all his students to greatness.  I have rarely found that remarkable gift in many conductors–he was a unique and special man and talent.  He never accepted anything less that your best performance and behavior during his rehearsals and might I say, that they were intense! 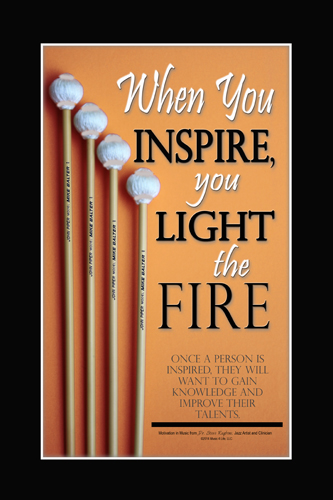 If you were not prepared to play your individual parts to his satisfaction, you were immediately chastised and challenged to “step up your game!”  If you didn’t take the music seriously, you wouldn’t last long in his band–you’d be demoted and that would have been devastating!

I was the percussion section leader for three years under the direction of Dr. James Croft. He inspired me; motivated me and once chastised me for not having my section prepared to perform at their peak potential–45 years later I still vividly remember that moment…and it never happened again!

If you were a section leader in the Oshkosh High School Concert Band, you were not only a great young musician, but you were held in the highest possible regard by your peers!  It was an honor to assume this position, and all of us took it very seriously.  My allegiance and participation to the band forever set the highest possible standards within me, and for that I am immensely grateful

10 Tips for a Wind Band Conductor 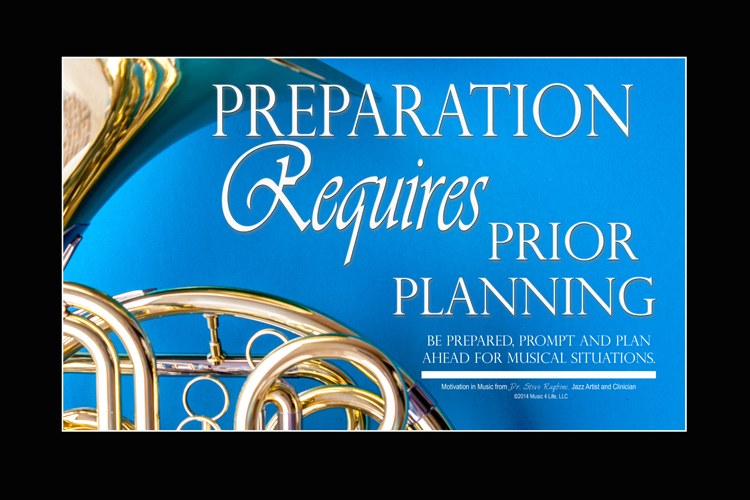 5.Command the rehearsal space and set the proper tone during rehearsals, which must carry over into performances.  Don’t tolerate distractions; negative or counter-productive behavior or lack of preparation by the student musicians.

6. Use affirming and inspiring interpersonal skills whenever possible with student musicians.  Although it is essential to have high expectations and to challenge the performers, it can be advantageous to frame one’s commentary with a positive “spin” during your verbal communications.

7. Build collegiality within the band.  The band performs as one unified entity, so encourage a singular consciousness during rehearsals and performances.

8. Be accessible to students during-and-after rehearsals.  Students will invariably have questions regarding the music, so make yourself available to address their questions–preferably without intimidating them.

9. Use your creativity to enhance the musical experience.  This may involve creative approaches to rehearsing certain portions of the score; video or audio taping the rehearsal, etc.

10.A sense-of-humor can work to your advantage when dealing with moments of frustration that may arise periodically within rehearsals.  Try to make the music-making process positive and fun for the entire band…including yourself!

In order to survive and possibly thrive in music, you will need to rely upon your “intestinal fortitude” as the great Vince Lombardi once said to his Green Bay Packers football team.

The field of music, be it performance, teaching, recording, retail, etc., is NOT for the faint of heart. You need to dig down deep within yourself in order to remain creative, progressive and to survive financially.

This poster, sold by J. W. Pepper helps all Musician’s remain inspired within their craft, to be realistic and to hopefully maintain a career within music if that is your core desire “in life.”

At some point in time, our THREE D’S poster may be timely for you or a student you know? It is not only a message for music, but for life and would be appropriate in any classroom or study hall.

It ultimately comes down to YOU and what you have within yourself to make the DAILY COMMITMENT to forge onward and upward in life.

When You Memorize Music, You Mesmerize the Audience

Memorizing music enables you to play and interpret music in a more confident, creative and relaxed manner. When you perform, a music stand is no longer a visual barrier between you and your audience. This enables better communication and interaction to occur between the performer and the audience.

This message is not only true of for music students memorizing a piece for a recital or concert but it is essential for any professional musician. Think about it, how often do you ever see a rock concert, or performer with sheet music on the piano or in front of them? Rarely, if not ever. It is part of the mystic and magic of musical performers, just how do they do that? It is how they mesmerize their audience.

Memorizing music for many is not easy, for others it just comes natural, but it does take time. Once you obtain this skill you are one step further in advancing your journey as a musician. Below are some tips to help you memorize music.

Do you have any tips that have worked for you? If so please add them below to add to the list.

With music programs being one of the first programs eliminated during budget cuts, the importance of how music stimulates brain functioning and social development becomes even more relevant today.

Music 4 Life, LLC was created with the intention of increasing the perception and importance of Music Education within our 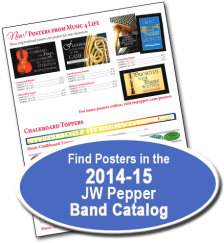 school systems.  Research has shown that music not only impacts  academic achievement, but contributes to brain development and improved interpersonal skills. Moreover, it is well known that music affects artistic sensibilities such as mood and feelings, but research in children who are engaged within musical activities also show a significant improvement in  language and mathematical abilities.

A series of motivational posters were created to draw awareness between music education and its cross-disciplinary benefits. The Music 4 Life motivational messages are not only timely, but when they are placed within classrooms, music studios and practice rooms, they serve as a subtle reminder to all participants that the musical journey and its benefits transcend the notes on a page.

The partnership of Music 4 Life, LLC with J.W. Pepper, the leading supplier of sheet music in the world, makes music-themed motivational posters easily available to public schools, band directors, private music teachers, and other educators. Most messages are cross-curricular and emphasize leadership, respect, responsibility, practice, and hard work as traits necessary to succeed.

Five posters from the Music 4 Life, LLC inventory will be featured in their Fall 2014-15 Band catalog and all 40 posters available are on their website at www.jwpepper.com. Since 1876, J.W. Pepper & Son has been a family business with a commitment to customer service, value and satisfaction. They are the leading music supplier for concert bands, choirs, church musicians and a source of news and information on state music festivals across the United States.

Music 4 Life, LLC was developed in 2014 in Omaha, Nebraska and is a partnership between musician Dr. Steve Raybine (Doctor of Musical Arts, DMA) and project manager, Dawn Romine. For more information about Music 4 Life LLC, visit our website http://www.music4lifellc.com

Media Inquiries can be made at:

Steve Raybine is a virtuoso vibraphonist; percussionist; composer/arranger; instructor and clinician. He received degrees from the prestigious Eastman School of Music, University of Wisconsin-Madison, and the University of Iowa.